For quite some time, I have been pretty interested in areal photography, mostly due to the spectacular angles and uncommon views that can be achieved taking pictures from a higher altitude.
So, what to do? Buying a Cessna, picking up a pilot’s license and go flying around to take pictures? Probably not…

What is the alternative, then? Well, easy: Drones!!!

Drone technology became available for commercial use around 2006. At that time, government agencies for disaster relief, border surveillance and wildfire fighting started to employ drones, while enterprises began offering drones to inspect pipelines and spray pesticides in agriculture. In fact, these were still kind of expert services and did not include the recreational use of drones by non-professionals. The private use of drones took off only very recently, and since 2015 the numbers of new drone permits issued in the US by the Federal Aviation Administration (FAA) is constantly increasing. This is attributable not least to the increasing user-friendliness of modern drone technology, allowing to fly without a great deal of preparation.
However, for me, drones have long been out of reach for two major reasons: first of all, the price tag for suitable drones exceeded my budget by far, considering that I am only a hobby photographer and not a pro that makes a living from his pictures. Secondly, because legislation is tricky and you need to obtain a license to fly most drones, at least those above 250 g (weight limit for plenty of countries, Spain included). For more information on the legal aspects of drone usage in Spain and Europe, respectively, you may like to visit the pages of the Spanish Aviation Agency (AESA) or ENAIRE, the leading air traffic control provider in Spain, or the European Union Aviation Safety Agency (EASA).

I spent more than one year deliberating as to wether I should better buy a cheap mavic clone, such as the sub 150 EUR ZLRC SG907 Pro, to learn how to fly a drone or to directly opt for a more expensive alternative with better specs. The latter would likely also make the flying aspect more easy and improve confidence. I have seen so many people with cheap and very light-weight low-tech drones, who smashed their toys immediately into surrounding objects, that I decided to spend a little more money right at the start and look for a drone that is both easy to fly and offering a decent picture quality for my photography aims.

For a long time, I was convinced that I would need to buy a Mavic Air 2. The only drone that came to my mind, when thinking about consumer drone photography and footage quality. The problem with this drone is, however, with 570 g, the Mavic Air 2 is well above the 250 g limit, which allows the free usage in Spain. So, apart of the hefty price of around 1049 EUR for the Fly More Combo, it would have been necessary to do all the paperwork and get a drone flying permission, which basically repelled me a lot. The smaller alternative, the Mavic Mini, came at a weight of 249 g (), had a nice flight time of around 30 min on one battery (), and offered some really nice features, such as a number of Quickshot and Panorama programs (). On the down side, however, it has to noted that the wind stability seemed to be a little weak (), and the camera is neither offering the possibility to shot 4k videos nor RAW photographs ().

The introduction of the DJI Mini 2, the successor of the Mavic Mini, was in a way a game changer for me. The overhauled new Mini 2 drone revealed some intriguing technical improvements, among which the higher wind stability, 4k video at 30 FPS, and RAW photography have to be mentioned. Ok, the Mini 2 has still less Panorama options and a significantly smaller sensor size (1/2.3″ CMOS, 12 MP picture size) compared to its bigger brother, the Mavic Air 2, that has a 1/2″ CMOS sensor and can shoot up to 48 MP pictures in single photo mode, but man, the price is just a bit more than half of that of the Mavic Air 2. Thus, I think it is fair that DJI does not through everything into the software in order to maintain a marked difference. Anyways, you never know if a future firmware update will not bring additional features.

After two years of decision making, thinking it over and over again, I finally purchased the DJI Mini 2. What should I say, so far I am pretty happy with the new toy in my collection. I have to admit that I was completely nervous when I took off with the drone for the first time. Being a complete newbie to flying drones, I was positively surprised by the relative ease with which the Mini 2 can be controlled.

It has to be remarked that the DJI Mini 2 does not possess obstacle avoidance systems and, thus, no “follow me” function. While the “follow me” function does not bother me too much, the missing obstacle avoidance left me pretty tense in the beginning and made me sweat, especially because you easily loose sight of the drone, when you fly it high up in the sky or a little further away.

In general, I think it is kind of wise to avoid going sideways or backwards blindfolded, if you don’t know well were you are. It is very easy to hit power lines or smash into a tree and loose the drone. From my point of view as a  starter, it is possibly recommendable to buy the DJI Care Refresh+ security, just in case. Controlling the drone via the GoFly app on the cell phone is straight forward and the connectivity with the quadcopter is relatively strong. I just had once a weak signal problem, when I flew the drone from one side of a small forrest to the other, likely through interferences caused by the trees.

I am still in the steep part of the learning curve and there is a lot more to learn, but little by little I begin to feel more comfortable flying the drone and the results, indeed, surpassed my expectations. As for now, I can just recommend this small drone, as it is real fun to use. It opens the possibilities to explore a completely new freedom of choosing locations to take landscape photos, as well as novel and interesting perspectives. More and more, I find myself looking for symmetric patterns that could look interesting in a birds-eye perspective; a clear added-value to the normal search for photographic objects. 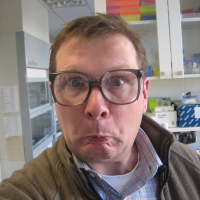