A region between promised land and structural transition

Since the beginning of industrial-scale black coal mining in the 19th century, the Ruhr area raised a large deal of interest. Quickly, it converted into a kind of promised land with secure work and an economic future for the people living there. After World War II, the coal and steel industry was instrumental for the reconstruction of Germany, and finally brought prosperity as well as an economic future to the Ruhr district. For decades, the region was a place to which people from all over Europe and the Middle East moved to find work and a better life for themselves and their families. Consequently, this migration led to the formation of a local multiethnic and multicultural society. Growing up in this melting pot of numerous languages, cultures, religions and cuisines was an important asset for my personal development.

Form the late sixties on, however, the regional heavy industry faced severe economic difficulties, and thousands of people lost their work. Growing up in the seventies and eighties, I witnessed the doom of the coal and steel industry in first person. Over more than three decades, the cities of the region slowly drowned in unemployment and poverty, as one by one the coal mines and steel mills closed their doors. Apparently, industrial restructuring came sluggish and too late.
Apart of the devastating economic situation, the region had to deal with thousands of hectares of highly contaminated brownfield sites. Little by little, most of these zones have now been rehabilitated and converted to new uses, such as local recreation areas, event venues, or industrial museums. The most interesting sites include the Zollverein coal mine industrial complex, UNESCO World Heritage Site since 2001 and the discomissioned steel mill in the Landscape Park Duisburg Nord. Today many of these spots can be visited and bear testimony of a past not only full of hard work, but also camaraderie and integration.

Reliance as the driver of integration 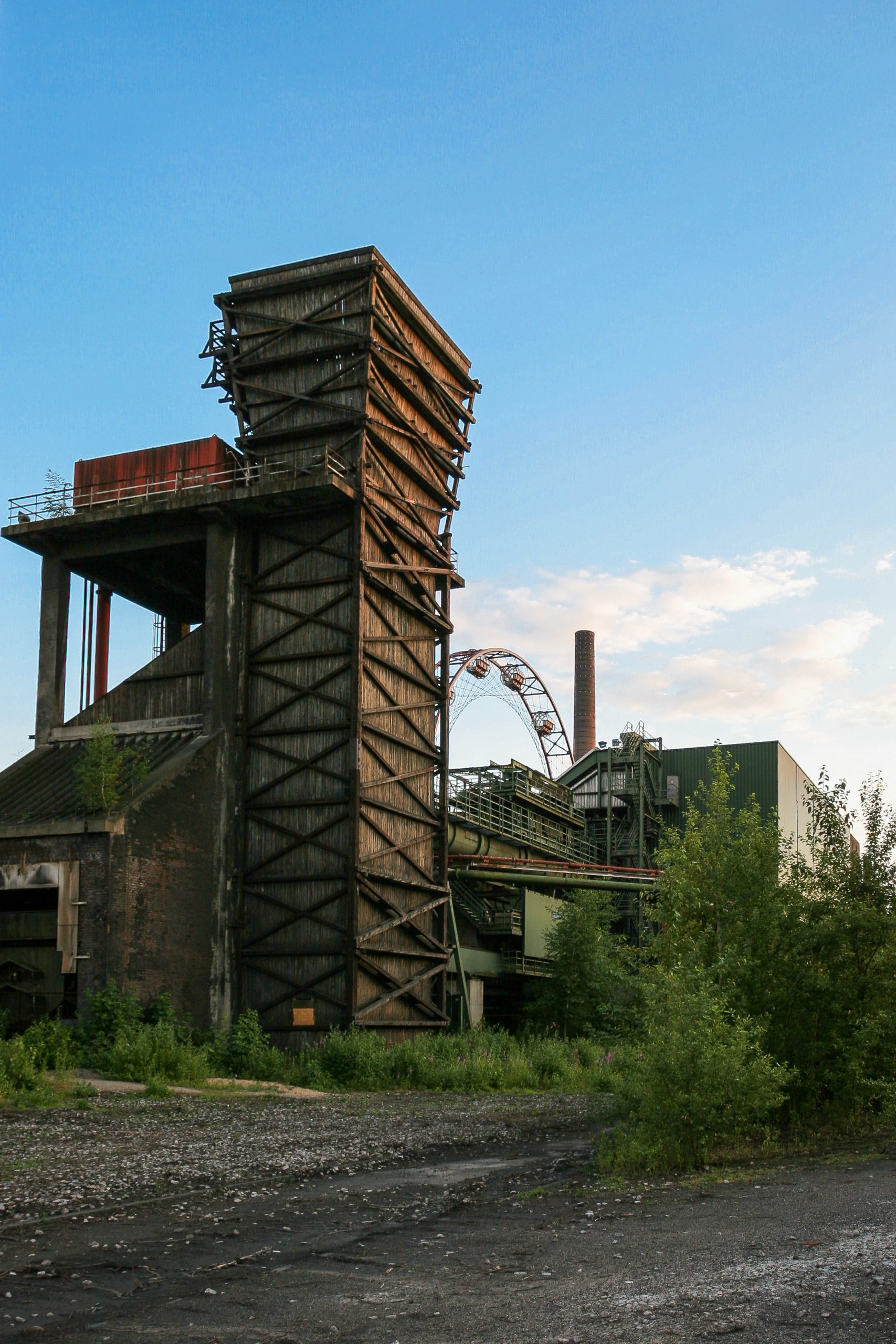 Time for a change

For many years, I was attracted by industrial sites and the industry culture in the Ruhr area. I was sneaking into abandoned industrial installations to take photos or, later on, I took advantage on the many publicly available places to look for spots and interesting motives. Over time, this developed into my first ‘project’, which produced plenty of shots that I would like to share the better once here:

I am not a coal miner, but plenty of my family members were working in a pit (Pütt). Thus, I have a tight personal connection to coal mining. All the more, I was struck dumb when I heard the news that the last black coal mine in the Ruhr District, Prosper-Haniel, would close down by the end of December 2018. Years ago, I have had the chance to descent (Einfahren) and visit a producing coal seam in Prosper-Haniel. To keep it brief, it was just impressive, which made it even more shocking for me.

I left my home in the Ruhr area many years ago, but this sad news directly caused terrible homesickness and sorrow in me. Obviously, it was to a great extent because of that notion of resignation and uncertainty that makes you feel for the people in the region, as nobody really knows what the future holds. But much more, it was because of the fear to loose our local traditions, values, and cultural peculiarities that were nourished by our mining heritage. It must be remarked that the complete region identified and took pride in its industrial past and presence. So, what will happen to our particular sense of camaraderie, our specific style of humor, our dialect, our direct way of speaking and handling things? Well, time will tell, that is for sure! However, it must be anticipated that little by little the bonds to our industrial heritage will fade out and, therewith, the region will loose this pride and the characters of the people will change. As an older tutor once told me: Everything was better in the past, everything was worse in the past, you use the phrases just as you need. You must realise that these arguments, in that form, do not apply! Time is continuous and a constant flow. We will never return to previous times…